As COVID-19 continues to impact the nation heavily, many organizations around the country are working to alleviate the effect it has had. One of the most hard-hit states in the nation was New Jersey, whose people suffered from an immense amount of cases and lack of supplies to sustain their families. Hindu Swayamsevak Sangh (HSS) volunteers from Central and South New Jersey vibhag (area) realized that they had to take immediate action and rally like-minded organizations to start the process. Ganesh Ramakrishnan Ji, Minal Spare Ji, and Senil Nambiar Ji were the main coordinators behind the project, all who hoped to bring people together to help those in need.

A platform called Sewa4Community was created for the purpose of pooling together resources of all like-minded organizations to ensure help could be provided wherever needed in a more streamlined way. Bringing all organizations together and working together would create a large impact in the area. The inspiration behind this idea was the Sewa Diwali Food Drive, which has been in continuation for many years. Sewa Diwali is a program that New Jersey vibhag participates in every year during Diwali. They bring together various organizations to collect and donate non-perishable food items to different shelters and food banks in the area to ensure a large impact and to gain more awareness. Because of New Jersey vibhag’s connection with Sewa Diwali, they were able to bring together many organizations relatively quickly during the pandemic and gear the program towards the ongoing need in New Jersey. Although this program was separate from Sewa Diwali, under the banner of Sewa4Community, the vibhag was able to use their connections through Sewa Diwali to help more people.

In New Jersey specifically, Hindu Swayamsevak Sangh (HSS) partnered with Sewa International to aid in their efforts. The volunteers from HSS/Sewa International came together and created a Facebook campaign that would help raise awareness and reach out to other families or organizations who wanted to help but didn’t know how to or where to start. Through this campaign, Sewa International was able to raise over $35,000, all of which were donated to 12 soup kitchens throughout Central and South New Jersey. Along with the Facebook campaign, the coordinators used social media and other forms of communication to raise awareness of the growing need in New Jersey. 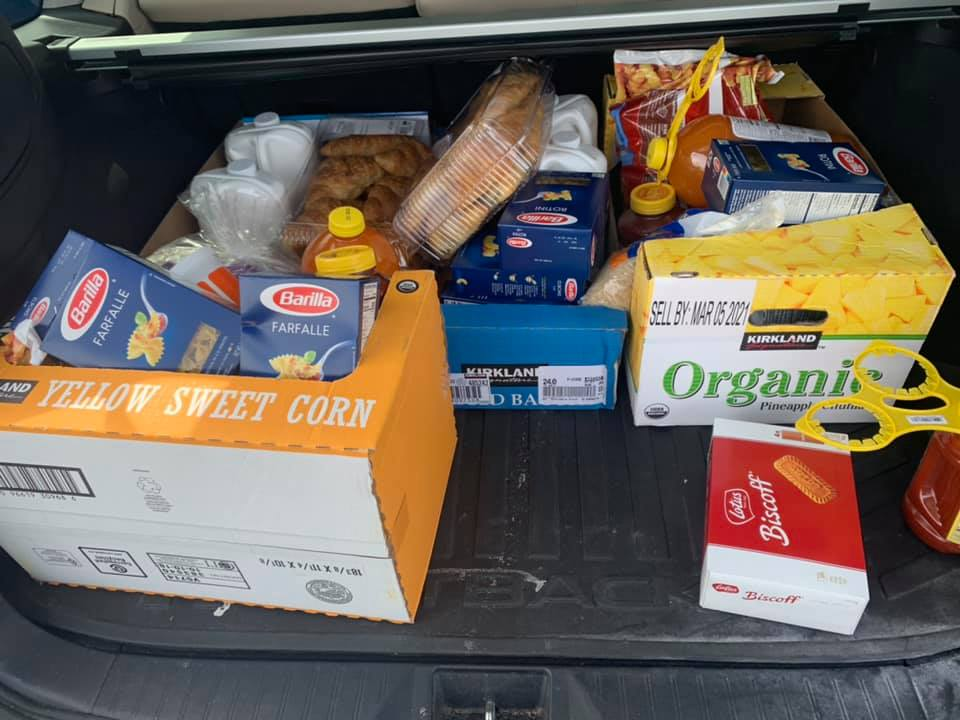 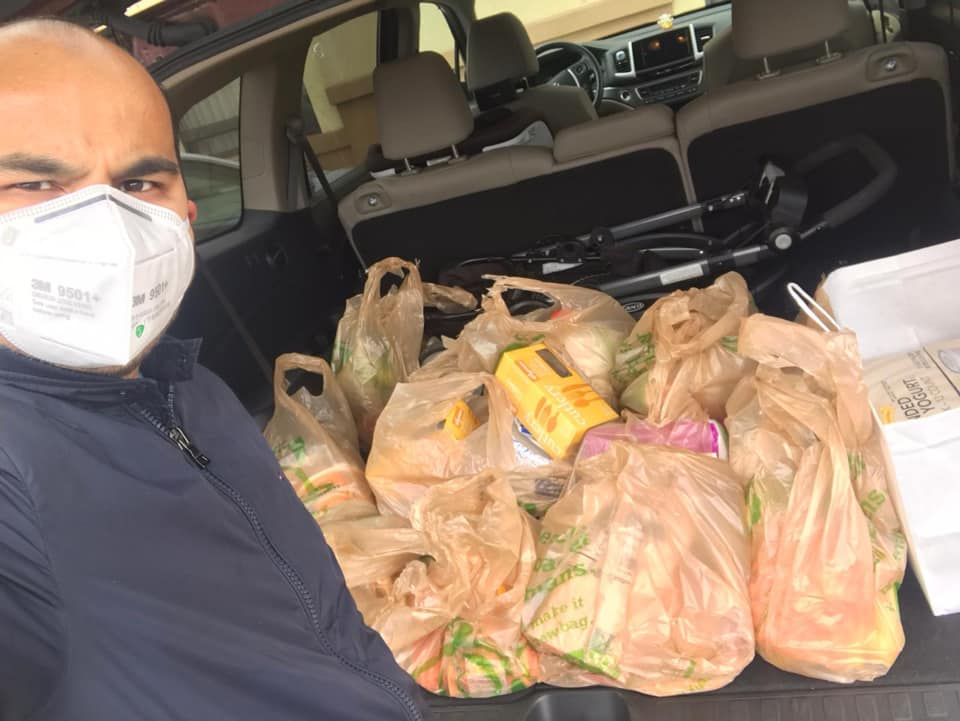 The volunteers also provided an outreach service in which any elderly or at-risk person could give their grocery lists to the volunteers, who would go out, purchase, and then deliver that food directly to their house. Not only did this take up the volunteers’ time, but it also put themselves and their families at risk for the cause of helping out where they can, in whatever way they can. Through this initiative, Central and South New Jersey vibhag delivered over 200 kits of food, with various nonperishables, that families could use. They went through this process thrice, helping more and more people each time. According to the coordinators, Central and South New Jersey vibhag donated 12,000 pounds of food, an amount translating to 6 tons of food for the people of New Jersey. The main coordinator for this particular program was Minal Spare Ji, who wanted to bring people together and take the initiative to help, rather than wait for someone else.

In addition to the food delivery project, Central and South New Jersey vibhag also worked to keep up the morale of many places throughout New Jersey. They reached out to over 16 different townships around New Jersey through email and asked if there was anything they could do to help. Some of these places include the mayor’s office, the police department, the health department, EMS and EMT, hospitals, and food banks. After establishing the first contact, they were able to provide Personal Protective Equipment (PPE), which includes masks, gloves, shields, gowns, sanitizers, and other sanitary equipment. They also provided lunch for first responders for a full week via lunch kits. They were also able to help local grocery stores by purchasing the food from those stores to sustain them. Along with this, the vibhag donated money to 16 hospitals that needed PPE and other sanitary equipment during the peak time of the state’s cases. 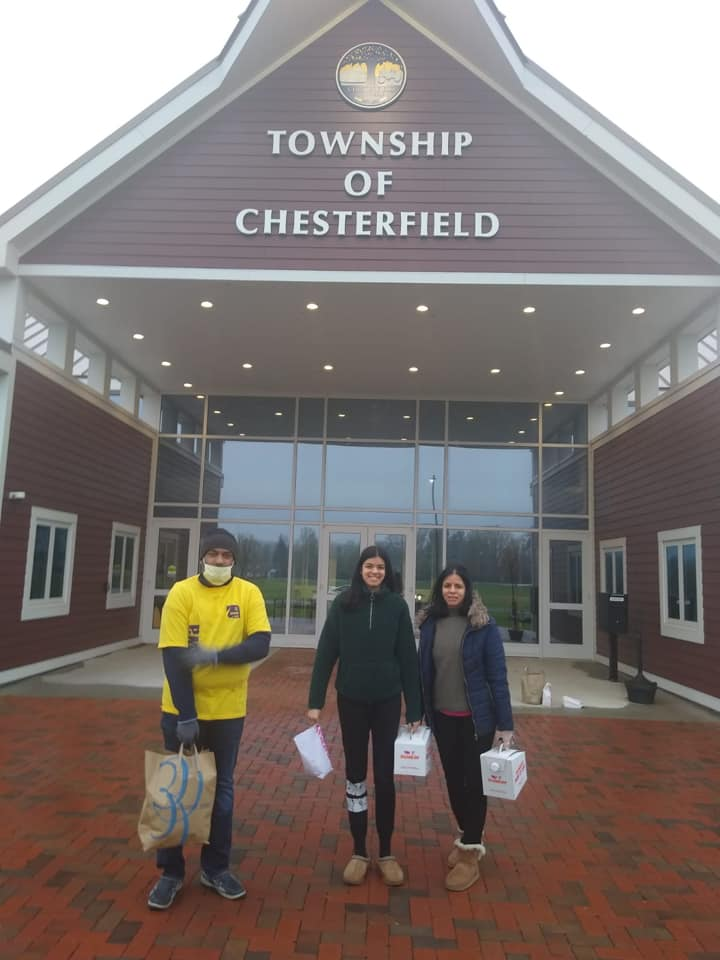 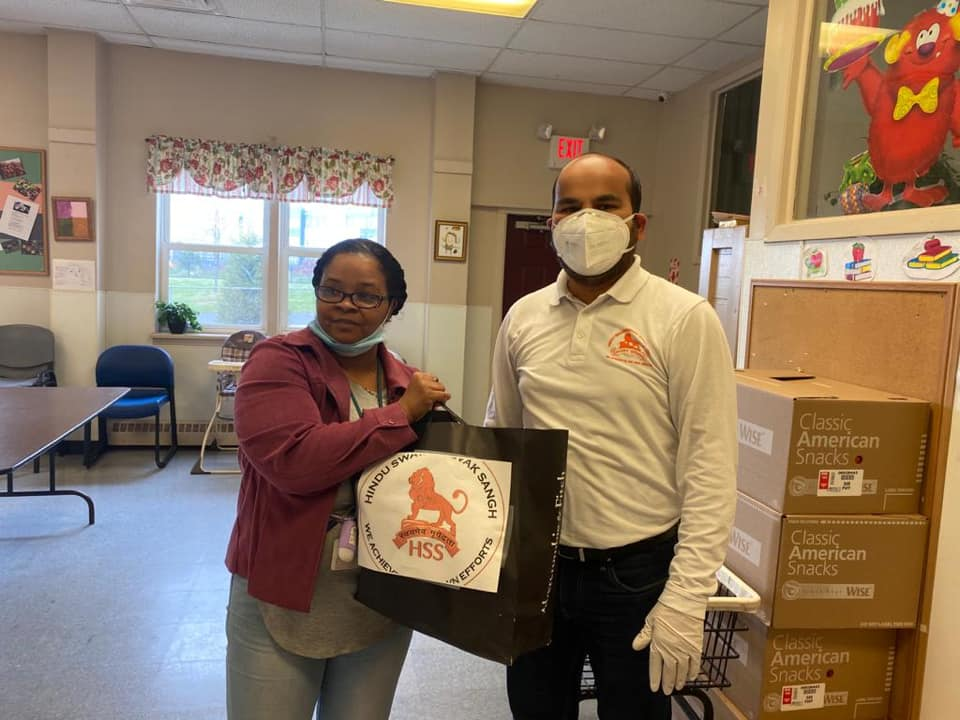 Learning about this made us wonder where the inspiration behind the projects came from and what advice they would give to anyone looking to aid their community. In an interview with Ganesh Ramakrishnan Ji, Minal Sapre Ji, and Sanil Nambiar Ji, we asked them what led them to decide to take the initiative to help their community. Because New Jersey was the second-hardest hit state in the nation, it caused many people to lose their jobs, which led to an increase in the number of people in homeless shelters, which meant there would be a greater need for essential supplies. Apart from the necessity of crucial supplies, the coordinators also realized the vitality of empathy and community service during these trying times. As quoted by Minal Sapre Ji, “Take care of yourself and then take care of your community in times of difficulty”. Kids, teens, adults of all ages, and even the elderly were eager to help out during these difficult times even though they had to take care of their troubles. As for advice, we were told to stay safe, take social distancing and quarantine seriously, have self-confidence, and motivate others to create positive impacts and recognize the importance of agility, resources, and mobilization when it comes to urgent matters like this.

Many significant points can be taken away and used as life advice from this article. One of the most important things we learned from this interview was that someone has to take the initiative to see the change they want to make, and without that one person or group leading, the change may never happen. The projects described above also show the importance of community during times of hardship. However, they also highlight the importance of staying safe and practicing social distancing because being irresponsible during this time can not only negatively affect you but those around you due to the virus being contagious. Remember that it is key to help those around you but to look after yourself while doing so.